Sign up to receive the newsletter to your email!

Hoarders have another reason to get help: Being a hoarder could hinder the ability to get or keep homeowner’s insurance. The potential pitfalls in the homes of hoarders, people who can’t stop acquiring items and have a hard time getting rid of their belongings, include fire and injury. As a result, hoarders are at a higher risk in the eyes of a home insurer, says Loretta Worters, vice president of the Insurance Information Institute.
The link between hoarding and homeowners insurance is an issue that could affect you, your family your friends or your neighbors.

Jeff Szymanski, executive director of the International OCD Foundation, says the hidden disorder of hoarding has come to light since 1993, with more research about the condition. Although it’s difficult to determine how many people are affected by the disorder, he says estimates of 5 million hoarders in the United States appear to be accurate.

What To Do When You See a Deer in Your Headlights 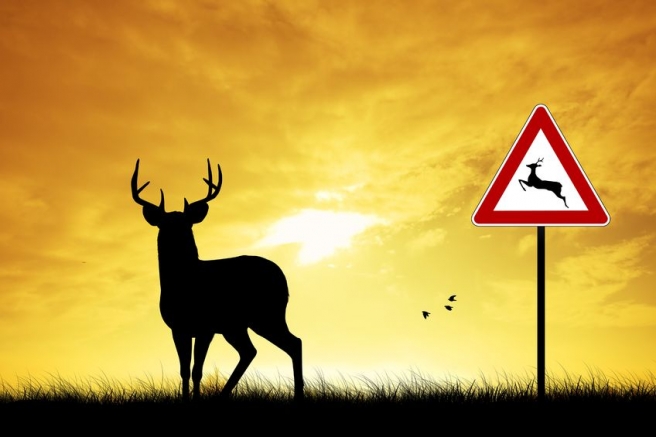 As the outdoor temperature gradually drops, animal activity and deer-vehicle accidents increase. Every year across the country, deer and other animals cause millions of dollars in vehicle damage as well as thousands of injuries and hundreds of fatalities. Whether you are taking your family on a trip through the woods or just traveling on business, the following safety tips are intended to save your life and prevent accidents.

Actions to Consider
1.    Heed the warning signs.  Posted warnings of deer and animal crossing are there for a reason.
2.    Always drive at a safe speed.
3.    Many animals move around at dusk and early morning.
4.    Observe your surroundings. Actively scan the sides of the roads as you drive for any signs of wildlife.
5.    September through January is a time when deer and elk are particularly active.
6.    Deer and elk are herd animals, so if you see one, there may be more.
7.    Don’t rely on vehicle-mounted whistles or reflectors to keep deer away from your vehicle. Studies show they are not effective.
8.    Notify the local law enforcement agency if you have an accident with an animal.
9.    Contact the local emergency services if anyone is injured.
10.  If you have comprehensive coverage, deer accidents are covered.  However, if you swerve to avoid hitting the deer and hit another vehicle, that would be considered collision coverage, and is many times more expensive for your insurer and you. 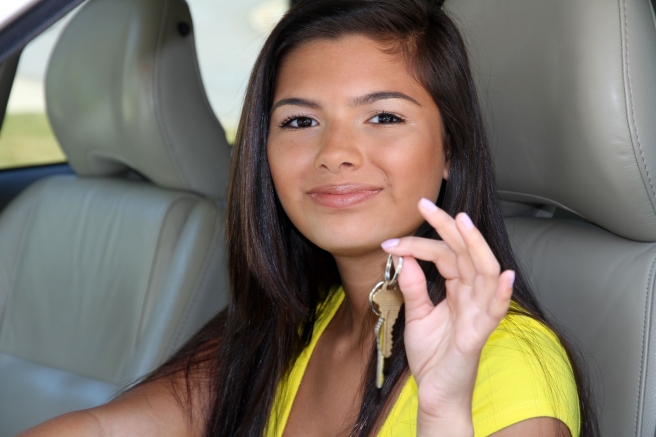 According to the Insurance Institute for Highway Safety, teenagers are four times more likely to get into an auto accident than older drivers. Simply put, experience on the road makes a difference. Teenagers lack experience and are often overconfident when driving. However, students enrolled in a driver’s education course can gain the experience and respect for the road that can make them safer drivers. We came up with five benefits and advantages for your teen to been involved in driver’s education.

Provides teens with better understanding of traffic rules and laws. Teens will learn the basic rules of the road from both class time teaching and actual road driving experience. In a driver’s education course situation, your teen will be required to demonstrate their knowledge and driving skill prior to taking the driving test.

Some states require it. Some states now require new and/or teen drivers to take part in a driver’s education course before a driving permit or license can be issued.

Your Teen will have more confidence. Having more time behind the wheel combined with classroom training makes teens more confident about their abilities as a driver. Driver’s education also helps teens understand safety guidelines as well as defensive driving.

Safety tips from experienced drivers. Having a trained professional educate teens on driver safety is invaluable. Trainers are kept up to date on the newest regulations and driver’s safety tips.

Driver’s education courses continue to be the best way for new drivers to ease into the responsibility of becoming a motorist. Our agency offers competitive rates on all types of auto insurance, call us today!

Keep your Home and Person Safe This Holiday 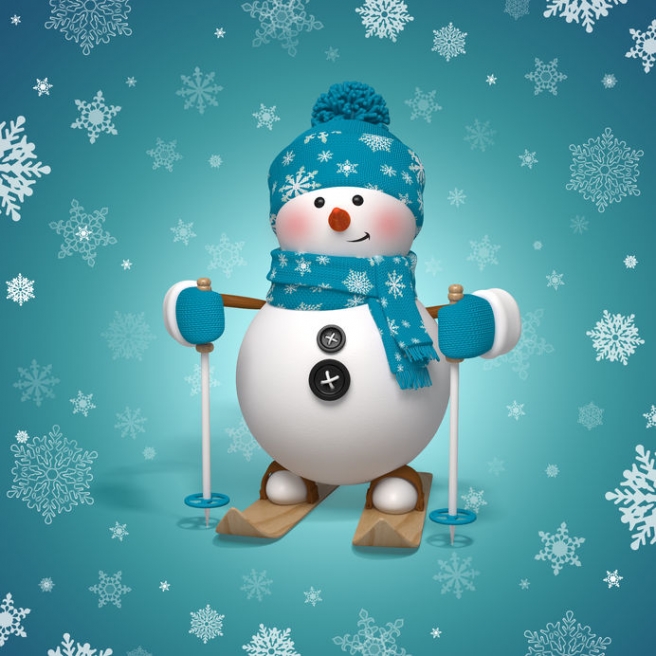 Black Friday is over and that means we are in the middle of the Holiday Season. During the next 30 days, we will all be busy shopping, eating out and traveling. We can help make sure all your new gifts are properly insured, call us today. This is especially true if you have purchased jewelry, guns or art. It is best to call us to make sure it is properly covered under your homeowner’s insurance policy
Please keep these safety tips in mind, so that you can enjoy the season without incident:
Shopping Safety Tips
·         Always be aware of your surroundings.
·         Put your shopping bags in your trunk.
·         NEVER leave car doors unlocked or windows open.
·         ALWAYS park in lighted areas. Do NOT park in remote areas.
·         Shop with a friend.
·         Keep receipts in your wallet or purse.
·         Avoid carrying large amounts of cash.
·         As you return to your car, make sure to keep your car key in your hand.
·         If you make expensive purchases like jewelry or guns, call our office as we may need to add these to your policy.
Christmas Tree Safety (provided by the NFPA)
·         Make sure the tree is at least four feet away from any heat source, like fireplaces, radiators, candles, heat vents or lights.
·         Make sure the tree is not blocking any exit or door.
·         Add water to the tree stand daily.
·         Never use lit candles to decorate the tree.
·         Only used approved lights.
·         Connect no more than three strands of mini string sets and a maximum of 50 bulbs for screw-in bulbs
·         Replace any string of lights with worn or broken cords or loose bulb connections.
Home Safety Tips
If you are planning to vacation during the holiday, here are few ideas to consider:
·         Get a security system.
·         Trim landscaping that is too close to your house.
·         Don’t advertise your vacation on social media.
·         Cancel mail and other deliveries.
·         Leave lights on when gone.
·         Have a neighbor check on your home.
·         Always lock your garden sheds and garages.
·         Use a variable light timer to activate lights inside your home.
·         Lock all doors and windows.
·         If you gone, arrange for your lawn to be mowed.
·         Have adequate exterior lighting

Do I Need to Prepare For Winter Driving?

Even in warner states, you need to be prepared for winter driving. Many people hit the mountains to ski or hike. Winter is fast approaching and that should remind you to think about two things. First, now is a good time to review your auto insurance program and second, it is time to start thinking about how driving conditions may change in the next number of months.  It might be heavy rain, snow and or even fog, being prepared can help get you safely to your destination.

Winter weather changes almost daily and road conditions can create serious concerns and worries. There are some things you can do to prepare yourself for winter driving:

1.    Know the road conditions before you travel.
2.    Never warm up a vehicle in an enclosed area, such as a garage.
3.    Use all-weather or studded tires.
4.    Use your seat belt every time you get into your vehicle.
5.    Make certain your tires are properly inflated.
6.    Keep your gas tank at least half full to avoid gas line freeze-up.
7.    Keep an emergency kit in your trunk.
8.    Drive below the speed limit in hazardous conditions.
9.    Winterize your car with fresh antifreeze, a good battery, operating exhaust system and oil that will withstand the rigors of cold weather.
10.  If possible, avoid driving until the roads are safe and passable. You don't want to slide off the road, and road crews don't want to plow around disabled vehicles.
11.  Do a thorough pre-trip inspection of your vehicle paying special attention to your tires, brakes, windshield wipers, and windshield wiper fluid.
12.  Allow extra room between vehicles.
13.  Brake early, brake slowly, brake correctly, and never slam on the brakes.
14.  Let someone know where you'll be going and when you expect to arrive or return. Tell them to call authorities for help if you don't get back or check in within an hour of your estimate.
Keeping up with car maintenance year-round is important, but it carries added significance in the winter to prevent becoming stranded. As always, try to time your routine maintenance ahead of long-distance travel. Putting off service today can turn into an expensive problem down the road.
© 2009-2022 Websites by Agency Relevance, All Rights Reserved.
We shop your insurance for you!